Tips on Buying a Bull 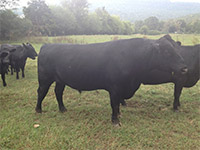 EPD’s are technically known as Expected Progeny Differences which is a prediction of how future off-spring of the bull will perform based on other animals of the same breed.

The numbers represent plus or minus pounds for growth traits (birth, weaning, and yearling). Milk is expressed in pounds of weaning weight increase due to increasing milking ability. $ W (Weaned Calf value) is an index value representing the number of dollars a bull’s offspring will make or lose compared to the average bull in the breed.

ACC is the reliability of the accuracy of the EPD ranging from 0.0 to 1.0. The higher the accuracy the more reliable the EPD.

The TAEP Cattle Genetics Program Requires the following EPD’s for the Angus breed.

RIBEYE EPD’S – Through Ultrasonic measurement Angus cattle producers have been able to predict which genetics will produce an optimum cut of meat by measuring rib eye muscle between the 12th and 13th rib. We are currently expecting a calf from Hoover Dam, one of top Angus bulls in the country for meat production (Let’s hope it’s a bull calf!)

This entry was posted on Sunday, December 21st, 2014 at 6:00 pm and is filed under blog. You can follow any responses to this entry through the RSS 2.0 feed. Responses are currently closed, but you can trackback from your own site. 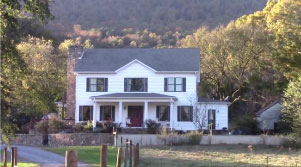 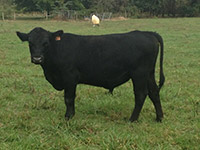 EPD's are technically known as Expected Progeny Differences which is a prediction of how future off-spring of the bull will perform based on other animals of the same breed.

Click here for more tips on buying a bull.

Things You Should Know About Purchasing Local Meat 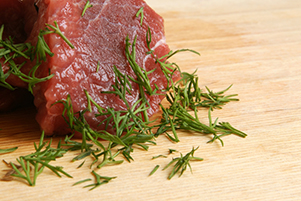 Daniel recognized there was a growing market for fresh, locally grown food in the Chattanooga region and decided to acquire a meat license to sell Carter Farm lamb and beef.